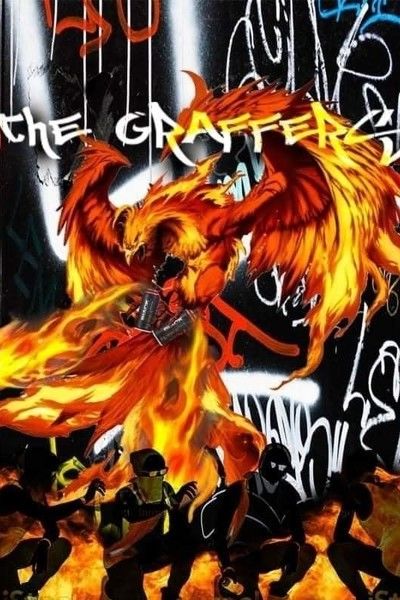 The 21st century, a century of cultural enlightenment when everything gets a second chance except one dying art: graffiti
Special taskforces are hunting down the so called graffers. More and more artists have to quit because of the political oppression that also leads to conflict between themselves.
After their mentor’s death, a group of graffers decide to take a stand, lead by Eiji Arata or Akito, his alias in the graffiti world. He will do anything to fight the system, and maybe one day become the head of the graffers by obtaining the most prestigious rank: King. Once made King and earning everyone’s respect, he hopes that if he combines forces with the other Kings, they will lead their art into a new era where they won’t be ostracised by society and hunted down like criminals. Graffer’s Utopia.

1
Chapter 2: A New Phoenix is Born