There once was a story of a God who had many children spread throughout the galaxy. One day one of his daughters, Scalis, came to him and she asked:

“Why create humans? They are frail, awkward and stupid. Selfish and uncaring, they cause destruction wherever they go!”

“Yes, some may be selfish, many are stupid but there are those who carry a heart of gold.” He tells her.

She lets out a cackle.

“Then we’ll make a bet. Father, pick whichever human you’d like, I will cause them to break under their own greed! If I win, you will erase the stupid human race! If you win, I will allow you to reincarnate me into that stupid human planet whichever period you’d like!”

"Fine, but if I win you will only receive your memories at the human age of 17. Your powers will awaken as your soul does. Do we have a deal?"

So he picked a soul. He had come to admire this particular soul. Throughout all its life cycles, man or woman, young or old, the soul had never gone too far from what it felt was true. Their virtue had always remained intact.

An eon had eventually passed and Scalis had tried her hardest. She would take away homes, families, she would give deathly illnesses, she would give the soul the most horrible luck. The souls ancestry line was known to carry such ill luck to the point of people staying far away from them. Scalis, who had grown tired and weary of not seeing any results from her tampering. She had refused to accepting her defeat and had been in denial for many eons after. A depression had grown within her and she had shut herself out from her siblings. She couldn’t understand how someone could last so many lifetimes through such ill sufferings and still carry goodness in their heart. Her curiosity had grown stronger and stronger until one day was the day she had decided she wanted to reincarnate herself onto Earth.

“Are you sure you want to do this, my daughter, especially with everything that is going on now.. not only that, but we had a deal, you were to go when I chose you to.” Her father approaches her.

“Well it seems like I'd be of no better likeness but for me to go now, father, especially with Earth’s current situation. I would think it would be most favorable for you.” She gives him a piercing look.

“The end of that world could be near.. you should stay here with your siblings and help them with their missions.” He replies.

Her father gives her a gentle smile as he knows how stubborn his youngest can be.

“Well then, my darling, have fun.” He then reverts her into her soul form and waves her soul towards her incarnation onto Earth on the soul map. 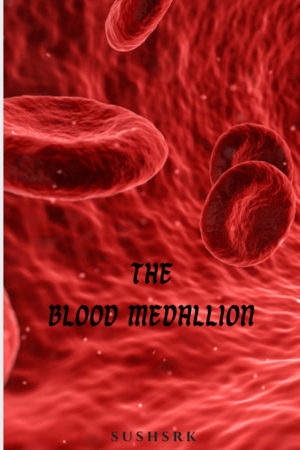