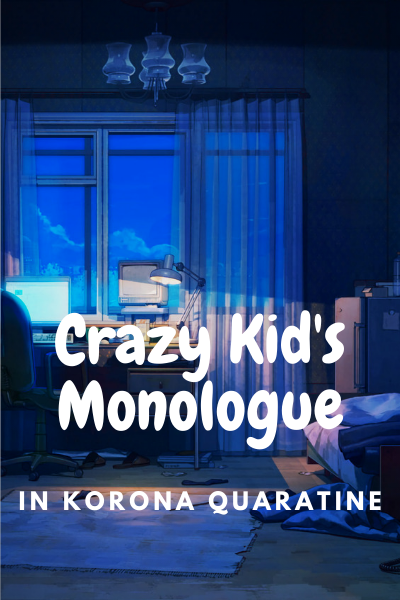 5 months, no sunlight, no real interaction, his world reduced to only 20 squares meters.
As a way of copping up with depression, the boy started to go insane.
The boy claims that a person, with no face, no shape, no voice, started to appear in his mind.
For an insane person, the boy seemed pretty calm. But inside his head, he screamed his lung out, laughing nonstop, and started talking nonsense to them like a long lost friend who he has finally met again. And for some reason, he felt like he has a chance to find something he once lost.
The story is a dark comedy about a boy at the start of his new life, his struggle and his hopelessness. And in all of that, will there by new light at the end of the tunnel?